GIUK is an independent company, which has sister companies in Azerbaijan and Georgia. They provide specialist support services and products to companies operating in the former Soviet Union.

GIUK is predominently involved in local construction projects across the South West Peninsula, ranging from housing to a small retail park on the outskirts of Callington and the company is currently also working on the refurbishment of the historical Eggbuckland Keep, which is part of the Palmerston defences for the North of Plymouth.

Morgan became the official custodian of The Keep in 2018 and his company is working to restore this iconic building to its former glory.

GIUK is a thriving company based on Embankment Road in Plymouth, which employs a fast growing workforce. Morgan invests in his staff and cares about those he works with, ensuring that they have access to training and opportunities to help develop their skills.

Morgan is also known locally for his company ‘Storage Plymouth’ and more recently for becoming the new custodian of 'Drake's Island' a project that will remain at the heart of GIUK for years to come. He has also recently acquired a local scaffolding company that now trades under the name 'Safe Scaffolding & Access Solutions' 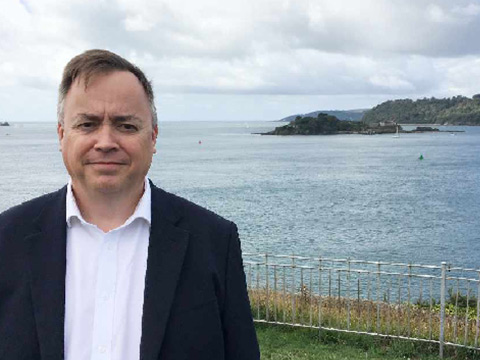